This week in gratuitous visualisations with little or no analytic value, I thought I’d show where each team’s passing gains are coming from this season. Below you can see, for each EPL team, the proportion of gains coming from passes into the left, centre, or right thirds of the pitch – so just to be clear, a long ball from the right hand side to the left is notched up as a gain on the left. Ignore units for now, it’s the relative sizes that I think are interesting. 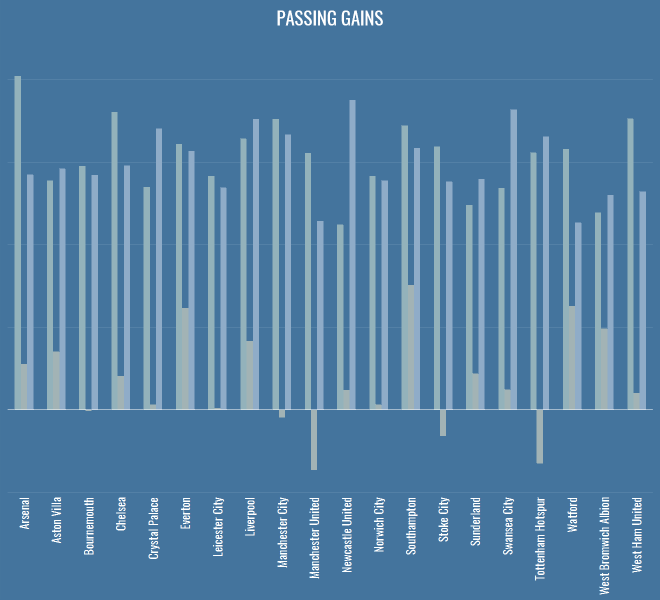 Where are the Gains?

One thought on “Where are the Gains?”