For me there’s too much possession. Tick, tack, tick, tack. Tuck, tuck, tuck. To and fro. With too little return. And after 27 minutes they shoot on the goal for the first time – that’s inefficient.

Tobi (@redrobbery on Twitter) posted some passes-per-shot numbers dispelling this myth, showing that FCB are actually pretty decent at getting regular shots on target:

I thought I’d add to this with some time-to-shot-for numbers because they are even more pronounced. Here’s the median TTSF for each team’s passing in the Champions League, that is, the average number of seconds it takes between a pass and a shot:

Borisov messing with my colour scheme there, but still – there you go: 2 minutes, 28 seconds, a mere factor of 10 out for Trapattoni. It’s a pretty reliable number for Bayern too, if you look here at the distributions of each team’s TTSF values for passes: 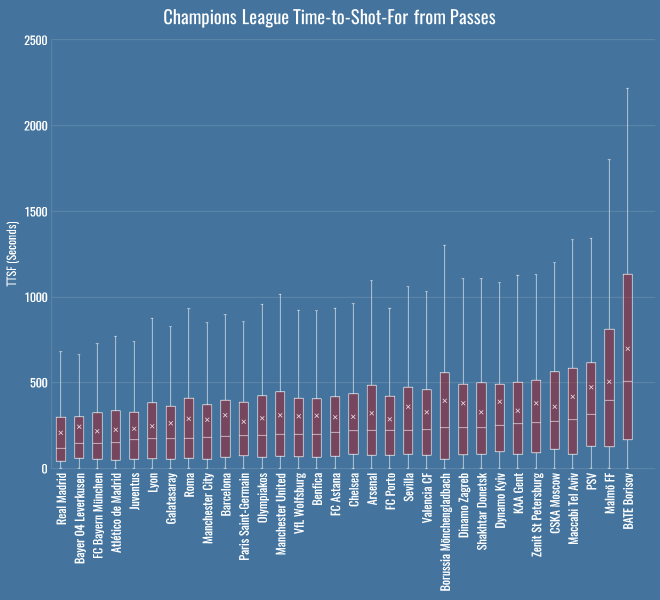 Even at their absolute slowest, Pep’s team have only been about 750 seconds from tick, to tack, to shot.