Having generated some expected save numbers with my new model, I thought it’d be interesting to see who has been dodging their luck so far this season. So given each team’s shots against and average xS, it’s easy to simulate the likelihood that each team’s goals conceded should be where it is or better:

So of the teams with the tightest defences, only Man City can really be trusted so far. Further down, Everton are outperforming by a goal or so, and the West Ham number sticks out, especially given that they’re this season’s most popular football analytics whipping-boy. They’re actually only a couple of shots better off than they should be, but because they’re facing tougher shots, the distribution is wider: 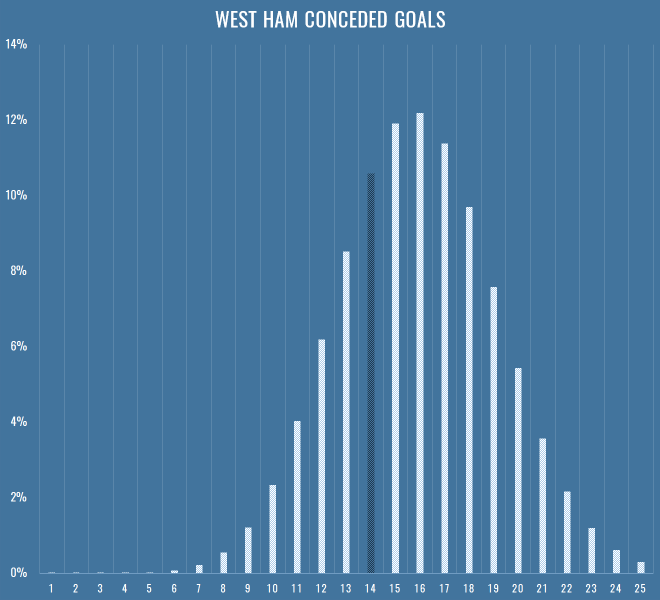 Near the other end of the spectrum, my model’s pretty confident that things aren’t going to get worse at Aston Villa – they’re currently four goals down from where they likely should be: